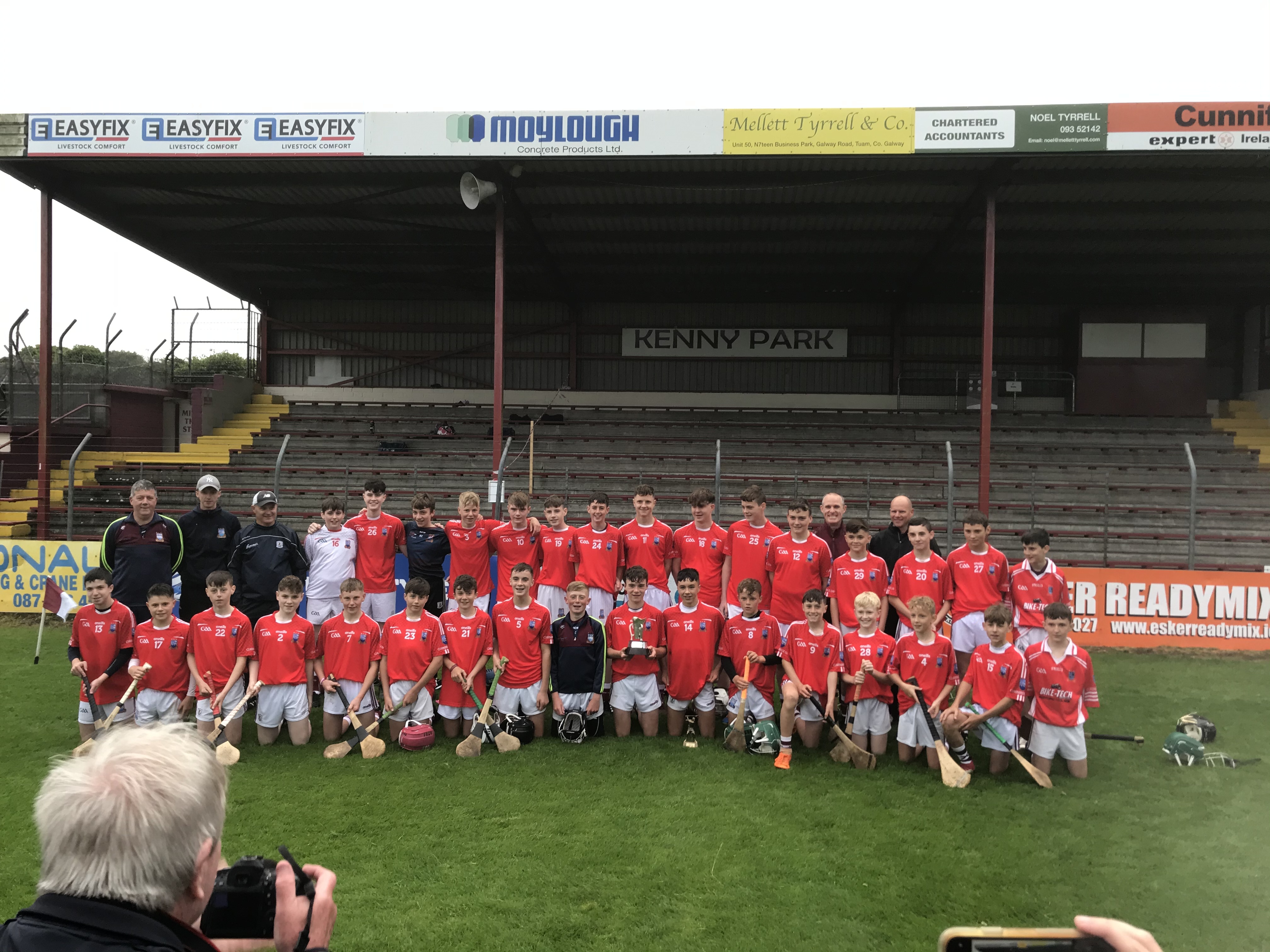 Published: over 2 years ago

U14 Hurling A Final

20th August 2020, Clarinbridge U14s were victorious against a sporting and capable Athenry team, with a score line of 2-12 to 2-5. Clarinbridge got off to a flier, racking up 1-4 before Athenry opened their account early in the first half with 2 goals in quick succession, bringing it back to a 1 point game.

Aaron Niland and Darragh Kearney in particular were causing havoc for the opposition, and as the game was nearing the half time whistle, Clarinbridge had started to re-assert their dominance and went into the half with a 3 point lead.

The first quarter of the second half showed great spells of hurling from both teams, but Clarinbridge just had that bit extra up front, and were in equal measure miserly at the back. And its up front where Aaron Niland put in a man of the match performance, scoring all but 1 of Clarinbridges total tally, 2-11. Credit to Athenry who played hurling throughout and kept putting it up to the Bridge, but in the end, there was only to be one winner.

With Covid-19, there were restrictions for general attendance, but the match was streamed real-time on youtube, which hopefully becomes the norm, as it allowed many friends, family and supporters from both clubs and beyond to enjoy a great game of hurling with no small amount of skill on display.

A victory tour of the parish for the U14s was held that evening starting at Craughwell NS @ 8.45pm, heading on to Madden’s Forge, Casey’s Cross and then onto Clarinbridge. Thanks to all who turned out to congratulate the boys, who will go on to remember this night as a major event in their lives.

Well done U14 players, management and all who had any part to play in helping the boys get to this great win. 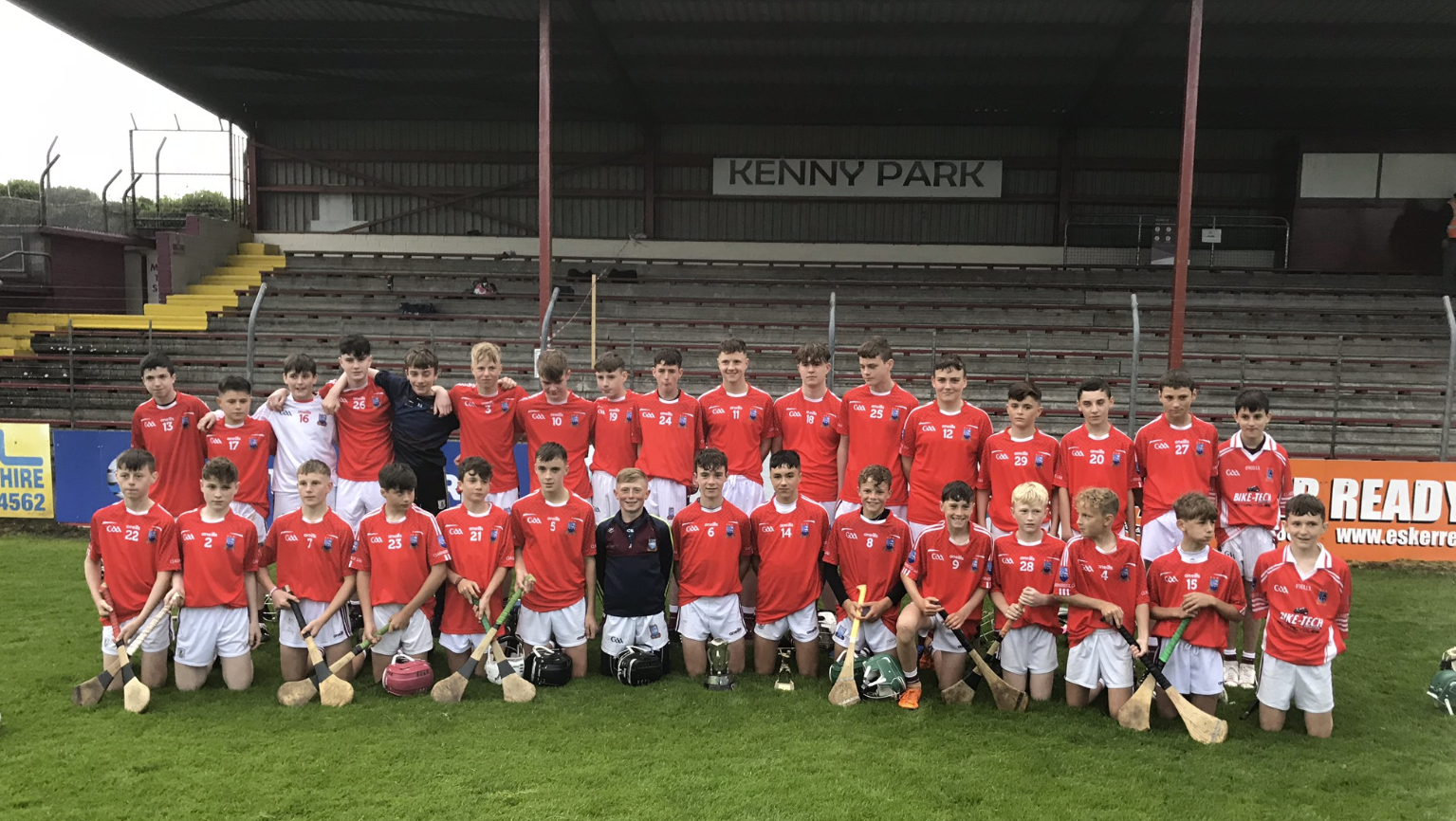 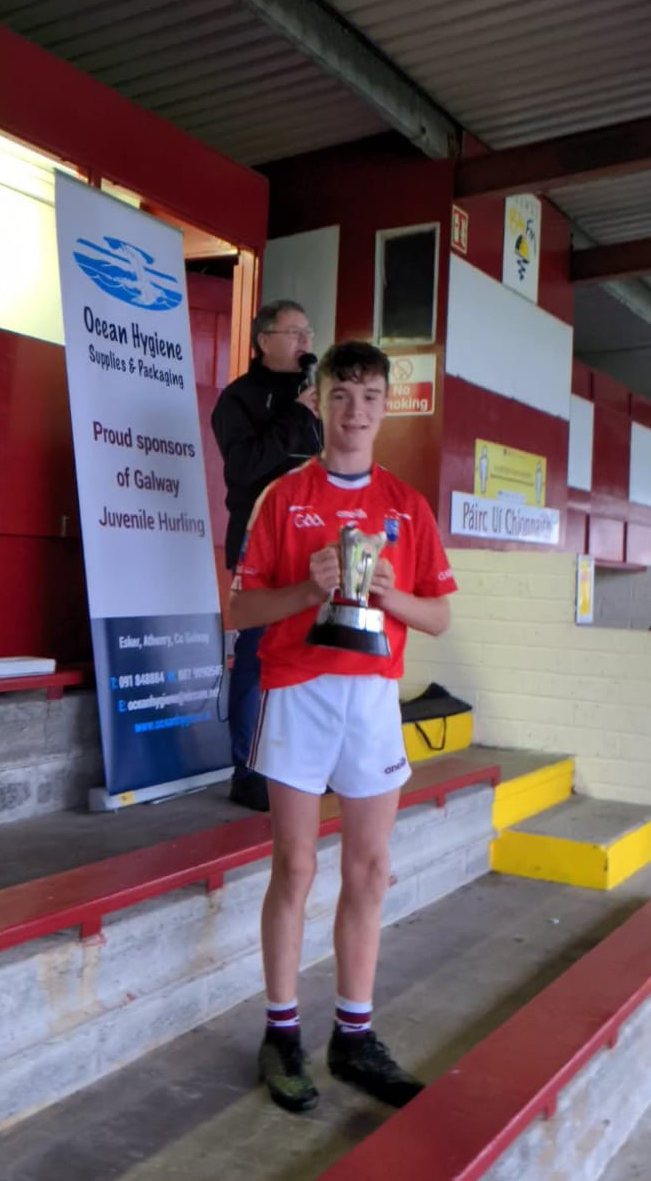 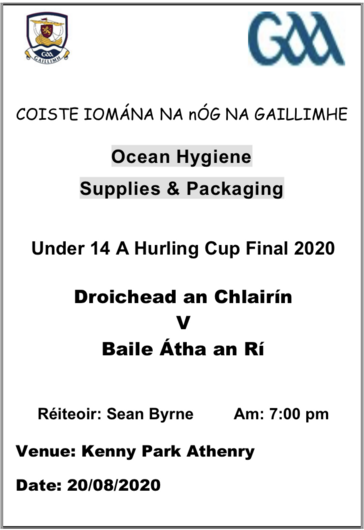 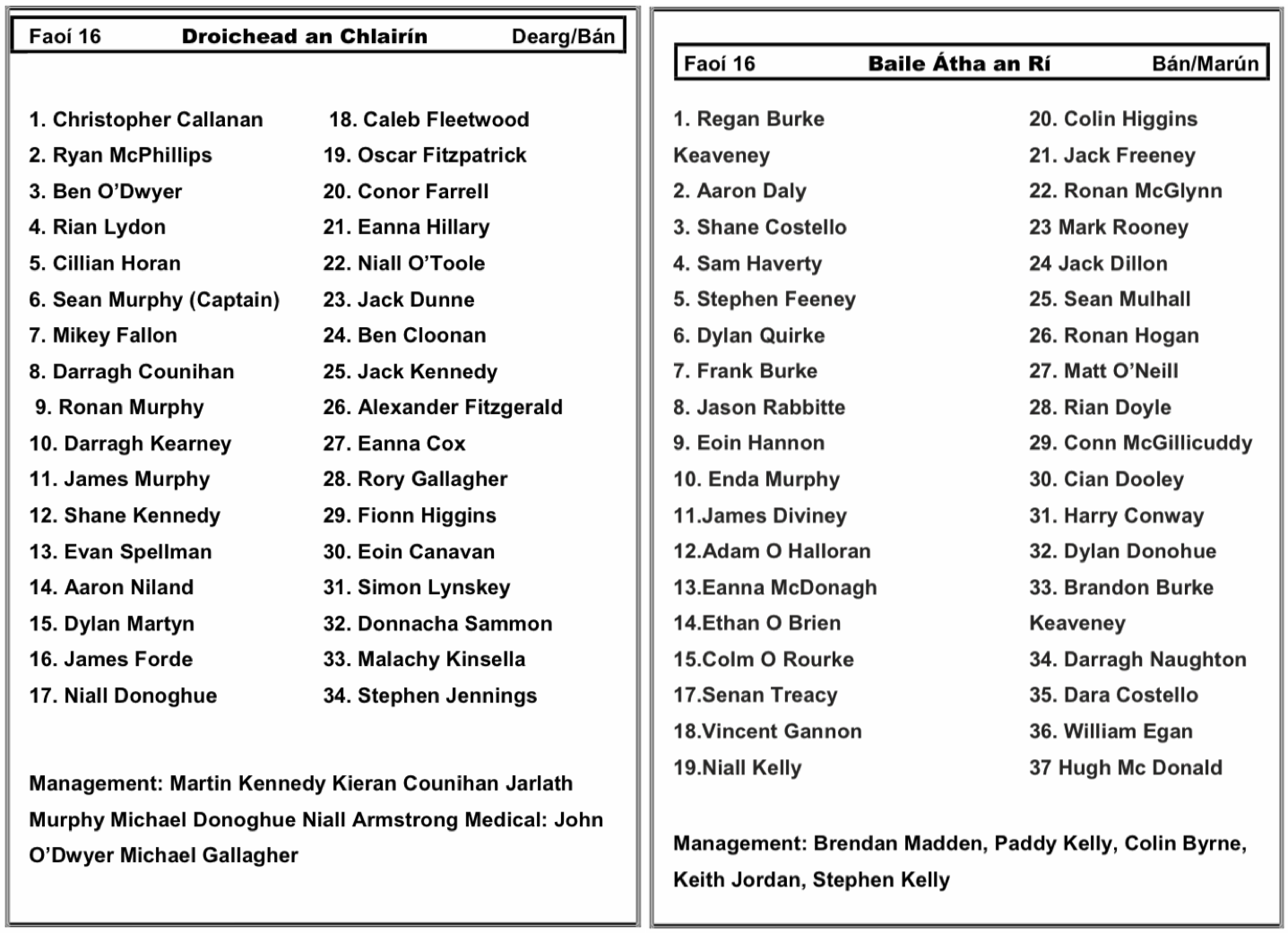 Reminder that the 'Operation Transformation' and 'Ireland...

Our mega sports ticket raffle on the 12th of march could ...